Between 2010 and 2020 a parade of Court Cases, IRS Factsheets, Job Aids and Internal Memos, plus Heightened IRS scrutiny and Preparer Penalties has brought the issue of “Reasonable Compensation for S Corps” out of the shadows and placed it forefront as a priority issue for CPAs, EAs, and Tax and Financial advisors to cover with their clients. We will explore key court cases, IRS guidelines, preparer penalties and some of the obscure tools the IRS has put in place. We debunk common myths and fiction on how reasonable compensation should be calculated and replace it with facts and methodologies that the IRS relies on, so that you can defend that number on the tax return you file on behalf of your client.

THE PROGRAM IS CONCLUDED. PLEASE USE THE FORM TO GAIN INSTANT ACCESS TO THE RECORDING AND HANDOUTS.

Program brought to you by: 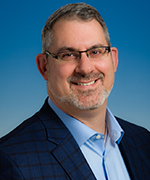 Eric is a partner and founder of law firm Green & Sklarz LLP, which is based in New Haven, Connecticut, where his focus is taxpayer representation before the IRS, Department of Justice Tax Division and state departments of revenue. Prior to becoming an attorney, Eric served as a senior tax consultant for national and international accounting firms, including KPMG and Deloitte & Touche.

Eric developed a national reputation by building a remarkable record of negotiating favorable settlements in thousands of civil cases against government agencies and has also been able to convince government agents and attorneys to forgo criminal charges and civilly resolve many cases. 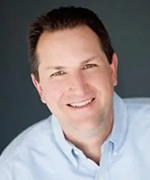 Paul Hamann is an expert on determining Reasonable Compensation for closely-held business owners. He has educated more than 80,000 tax advisors and valuators on the topic of Reasonable Compensation and has been published in numerous national and state journals.
Paul, along with other experts in their own fields founded RCReports in 2010. RCReports cloud software determines reasonable compensation for Closely-Held Business Owners and is used by CPA’s, EA’s, Tax Advisors, Valuators, Forensic Accountants and Attorneys when they need to determine a Reasonable Compensation figure for a client.
When Paul isn’t in the office, he enjoys spending time with his wife and two chocolate labs, hiking Colorado’s back country or paddling its scenic lakes and rivers.